A native Vermonter, Brian grew up in the northeast kingdom and currently resides in Essex with his wife Nancy and their two dogs. He has served on various boards including Colchester Youth Baseball and Crime Stoppers. An avid hunter and fisherman, Brian also enjoys making maple syrup, gardening and landscaping. Brian joined the Energy Co-op as General Manager in November of 2017. He has over 30 years experience managing Vermont utility and efficiency services. Prior to joining the Co-op he was Energy Services Manager at Vermont Gas, responsible for customer growth, marketing and energy efficiency programs. brian@ecvt.net

Amanda joined the Co-op staff in February 2004, moving just a short distance from her previous position with the Colchester branch of the Peoples United Bank. Amanda enjoys biking, traveling, the ocean and spending time with her daughter Reece. amanda@ecvt.net

Joe joined the Energy Co-op in 2008 as a service technician and was promoted to service manager in December of 2014. Before joining the Co-op, Joe worked at Northern Coal and Oil, driving an oil truck for two years before training as a service technician. He is the Co-op's leading expert on servicing and installing furnaces, boilers and heat pumps. Joe lives in Sheldon and enjoys camping with his wife Melissa. joe@ecvt.net. 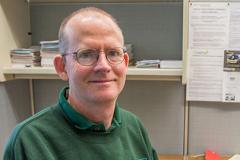 Paul is a BPI certified energy auditor with a 20 year background in both residential and commercial energy efficiency work. Paul is one of only two efficiency experts in Vermont that are certified HHE (Healthy Homes Evaluators) from the Building Performance Institute. He has a B.S. in environmental engineering from the University of Florida and an M.A. in Economic Anthropology from Goddard College. Paul lives in Burlington with his wife and two teenagers in a 130 year-old house where he tests many of the latest energy efficiency products.He enjoys cross country skiing, bicycling and spending time with his family. paul@ecvt.net

Lisa joined the Energy Co-op customer service team in January of 2015. She brings with her over 20 years of experience as a service coordinator and office manager in the fuel delivery business and a solid background in building successful customer relationships. Lisa lives with her 2 kids and 3 dogs in Milton, she enjoys spending time with her kids hiking, riding motorcycles, shooting, playing hockey and enjoying most everything outdoors.lisa@ecvt.net

For 23 years Peter worked for Ikon Office Solutions, as a driver, warehouse manager, service technician and dispatcher. After a brief stint on long-haul trucks, he joined us in May 2007.In his spare time, Peter enjoys moving rocks and planting trees and shrubs on his Jericho property where he lives with his wife Donna – a former oil truck driver.

An avid race car driver and skilled mechanic, Richie has been working in the energy industry for 20 years and is an experienced oil truck driver and service technician. He repairs and installs oil-fired furnaces and boilers, as well as pellet stoves and furnaces. and heat pumps. Richie holds a Gold Certificate from NORA (National OilHeat Research Alliance). Richie joined us in September 2000 and lives in Huntington.

After holding positions at several companies including TruGreen ChemLawn, the St. Albans Messenger and Belden Wire and Cable, Carroll joined the Co-op in August 2002 and worked as our customer service and data entry person. In February 2004, Carroll began driving an oil truck for us. Carroll is an avid outdoorsman and spends as much time as he can hunting and fishing. He lives in Hinesburg with his wife Joleen and twins Hailey and Isayah. 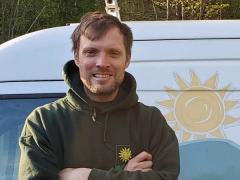 Ryan Miller joined the Energy Co-op as an apprentice in March of 2019. He has several years of experience as a delivery driver, recently acquired his hazmat endorsement and is looking forward to going for his NORA Bronze Certification in June. Prior to joining the Co-op team he worked for Sheetmetal Specialists in HVAC Inc. installing ductwork. Ryan lives in Underhill where he enjoys mountain biking and spending time with his partner, Miranda and their dog, Zoey.

Ian brings more than 10 years of supervisory experience in weatherization and construction to the Energy Co-op team, most recently as construction and energy crew supervisor with I.Weston Weatherization in Swanton. He has a depth of experience in energy audit diagnostics and remediation. Ian lives in Swanton, owns a sailboat and loves sailing on nearby Lake Champlain.

Bob is a NORA Certified technician who joined the Energy Co-op in October of 2017. Prior to joining the Co-op he was a retail merchandiser for Kellogg's in Vermont. Bob lives in the town of Alburgh in the Champlain Islands. In his spare time he loves traveling, particularly with the top down on his convertible. 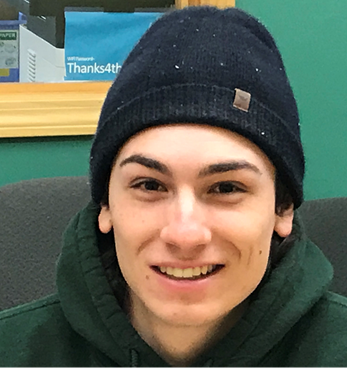 Brian is a BPI Certified technician who joined the Energy Co-op in July of 2018. Prior to joining the Co-op he graduated from Virginia Tech and moved to Vermont with his girlfriend. Brian lives in Burlington and enjoys playing basketball and golf, as well as skiing and hiking the Green Mountains.

Ean joined the Co-op Efficiency team in 2018. He is a faithful church goer, husband, father, beekeeper, and enjoys helping out his community. He truly appreciates the improvement and comfort his work brings to people's homes and he values contributing to the larger goal of Vermont meeting its home weatherization goals. 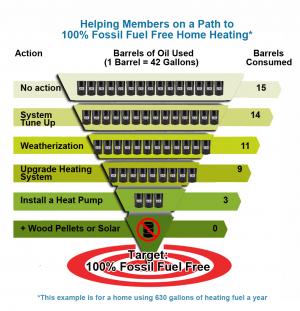